Net Neutrality is Finished...Now What? 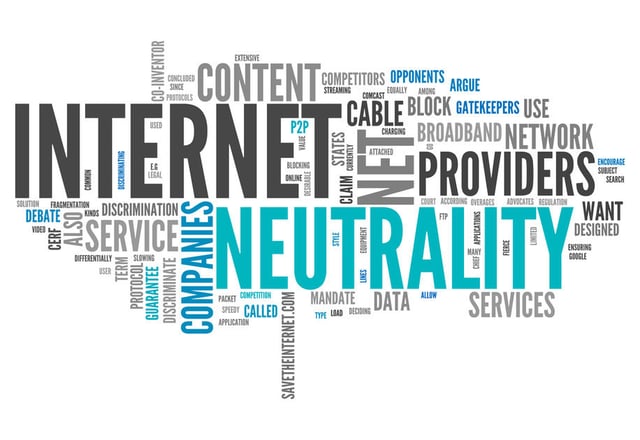 As of this week, Net Neutrality is dead. The legal protections against content discrimination on the internet are gone.

According to The Verge, "FCC chairman Ajit Pai’s Restoring Internet Freedom Order was approved in a 3-2 vote along party lines. Pai’s order, which goes into effect today, rolls back the net neutrality protections that were put in place by former chairman Tom Wheeler. They promise — in name, at least — unrestricted access to online content minus the burden of regulation. But in fact, the new ruling clears the way for massive internet service providers to do practically whatever they like — including paid prioritization, throttling, and otherwise messing with traffic as it moves across the internet. It will take a long time to see the practical effects of the new rules, but make no mistake: this is a big deal, and it’s the first step in a long, slow process that will reshape the internet in very ugly ways."

Net Neutrality essentially meant that online traffic was to be treated fairly, and internet providers couldn't legally throttle speeds or offer "fast lanes" to particular plans, customers even to certain websites, etc. Now, internet providers are in theory, able to offer whatever they wish and instead of federal regulations, the market is left to determine what customers do and do not want.

The good news (for now) is that things aren't expected to change in a hurry. If there are changes to your current ISP bill, they'll be gradual, if they happen to change at all. Also according to The Verge, "We already have a pretty good sense of how cable companies and wireless carriers will behave now that the FCC has backed off. For years, carriers have been striking deals with video and streaming services like Netflix, allowing for more reliable data delivery (also known as paid peering) or free mobile data (also known as zero-rating). If you’re an AT&T customer, you can watch cable programming on your phone, and it won’t count toward your data cap as long as you’re buying that cable from AT&T’s DirecTV subsidiary. So far, that has mostly translated to free stuff, so no one has been worried about it. Wheeler’s rules left room for both paid peering and zero-rating deals, and it was clear the FCC would step in if carriers started doing anything too predatory."

So for now, expect more of the same from your ISP even without Net Neutrality. Time will tell if things stay that way--and if they don't, look for the market to correct things, not the FCC.