Have you ever stopped to consider exactly how computers, tablet and smartphone communicate wirelessly? How streaming videos get into your smartphone seamlessly? That is WiFi working and running. WiFi is not an acronym; it means Wireless Fidelity. WiFi is a wireless networking technology that allows devices from laptops/desktops and smart phones to printers to interface with the Internet. When you access WiFi, you are connecting to a wireless access point or router with built in access point (AP). This AP bridges wireless devices to your wired network and Internet connection. Those are the basics.

There are three WiFi players you are going to see out there - IEEE (creates the standard), WiFi Alliance (certifies product compatibility) and FCC (sets rules for power output and frequencies used).

WiFi Range
WiFi itself uses radio waves. As a general rule, "As frequency goes up, more data can be encoded on it, and also as frequency goes up, the lower the range." WiFi range is a combination of signal strength, SNR (signal to noise ratio), attenuation, and the frequency being used. One thing to keep in mind is that WiFi is two-way communication. So, the range is defined by the weakest member. For instance, it is normal this day to find an access point with 500mW signal output whereas a mobile device with may just have power output of 25mW. Your access point can shoot that signal far, 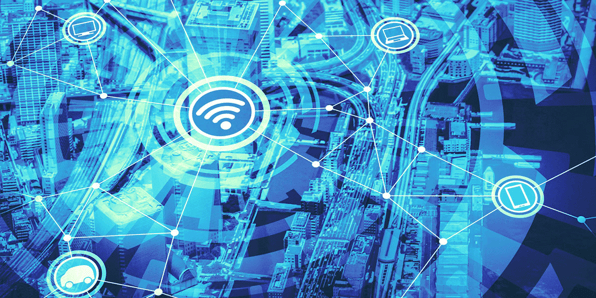 but it does no good if it can't hear the signal coming back from the device you're talking to. A metaphor for this, let us say you are holding a conversation with somebody, if you've got a nice and healthy voice, you can raise your voice really far but if the person you're talking with has a sore throat and they aren't capable of shouting or raising their voice, you have to get closer to them even though you can shout and people far away can hear you. A very common problem people run into when using WiFi on their phone, they noticed their WiFi is poor/slow and they are having issues connecting. But when they looked at the top of their phone, it shows they are connected to WiFi and got a solid three bars or more. This shows the signal strength, but it is the signal from their access point. It can hear their access point fine, it may be full five bars, and they think it is good enough, and the reason why is not good enough it's that their access point is not able to hear the signal being sent back from their phone. The phone is just showing you the signal strength it hears, it has no way of knowing how strong the signal is back at the access point or router you are connecting to.

Data Rate vs. Throughput
When you are looking at WiFi specs or data sheet for a product, you will see speed notated as a data rate. This can also be called a physical rate or a link rate. This is the measurement of the amount of data that is sent between two different devices. So, this is all the data that is send from one device to the other when they are transmitted. When people get devices at their home and they do speed test on them, they use a throughput test. These tests send data from their phone or PC to a server and measuring the time it takes to send the data. This number will be less than the data rate, by as much as 60% due to the additional data that must be sent to make WiFi possible. Since WiFi is a shared RF environment, it requires a significant amount of overhead, meaning additional data that is sent between your device and the access point, in addition to the data being sent to the server for the throughput test.

For an in-depth look at how WiFi works, view the webinar below.