How to Ensure Your Internet Speed Test is Accurate 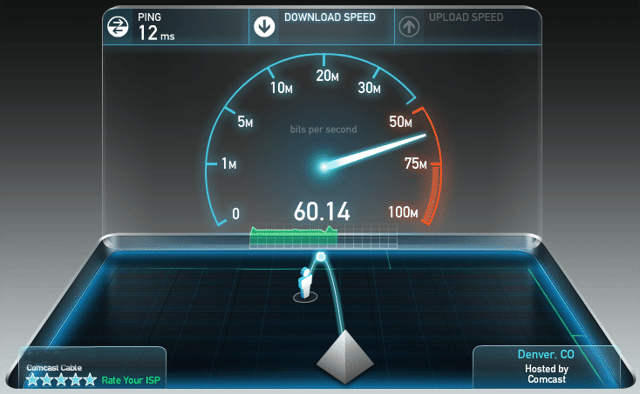 Have you tested your internet speed lately? If you have, how do you know for sure if one of the many online speed tests is telling the truth?

To truly gauge your internet speed, you want to take a few steps to ensure you're getting the most accurate results, and also make sure your ISP is delivering the speeds you're paying for. Which speaking of, in most cases the advertised internet speed from cable and ISP companies is the download speed and not the upload speed. Reason being, many broadband carriers control traffic in order to maximize user experiences, and they do that by prioritizing download speeds. This is what's known as an asymmetrical connection. (In some cases you can also get a symmetrical connection. Many gigabit connections are symmetrical with 1 Gbps speeds up and down).

Step 1:  Do a restart. Restart your computer, modem, router, etc.

Step 2: Empty your internet cache. You want as much of a blank slate as possible.

Step 3: Close all applications and all browser windows except for the one that is running the speed test.

Step 4: Connect your computer directly to the modem to make sure you're testing your true internet speed, not your Wi-Fi speed. (Feel free to do the test again to test your Wi-Fi speed as well, just be aware than some older routers don't have the horsepower to keep up with high speed connections.

Step 5: Repeat the test at least twice, and consider using more than one service (some popular choices include Speedtest and Speedof.Me.)  Your internet speed might be different from test to test, and will likely fluctuate at different times of the day as well depending on how clear or congested your network is.

Most internet speed tests give you an upload and a download speed, which is calculated by sending sample binary files to your computer with instructions to send them back again. This is basically a measure of latency, which is estimated by sending HTTP requests to the speed test’s server and measuring how long it takes for a response.